On The Movie Vault today we got a glimpse into 1967 central Texas with Night Fright, a 75 minute B-movie masterpiece.  Most of the cast played in this single movie, never to be seen or heard of again, but it starred John Agar as the Sheriff--he acted from 1948 until his death in 2002, was married briefly to Shirley Temple, and played in Fort Apache and The Sands of Iwo Jima with John Wayne.  It certainly must have pained him to have this little movie in his kit bag.  Also featured here is long time character actor Bill Thurman, playing the Deputy Sheriff who gets killed by the creature.  He’s got one of those faces that you just KNOW you’ve seen before, but can’t quite place.  Brenda Venus plays Sue.  She wrote a column for several years in Playboy magazine, a couple of books on the art of seduction, and acted in The Eiger Sanction with Clint Eastwood.

Not very much plot to get in the way of the story here--Animal was sent into space by the U.S. government to study the effects of cosmic radiation, becomes mutated, comes back to Earth in a crash landing to wreak havoc, do a little killin’, then get his self killed off too.  It’s the Texas way--if you kill us, we will kill you back.

We got lots of teen-agers making out in the dusty central Texas woods in convertibles--Really lots of nice cars here--a 65 Chevy convertible, a mid-60s Ford convertible, a red Mustang fast-back, and the Queen Of The Fleet--an Oldsmobile Tornado.  One of the police cars is equipped with a “bubble-gum” style rotating red light on the roof and a growler siren--just like the Plymouths and Dodges that I drove at Santa Rosa Police Department in the 70s.

The teen-agers mostly seem to be in their 20s and 30s, but still manage to hang out with the “gang” at the malt shop, say “groovy” once in a while, and have a dance party on the shore of a lake.  All the girls have mid-60s central Texas big hair.  Still a good look after all this time.

A dandy instrumental soundtrak by the Wildcats accompanies the mayhem.

Not a complete waste of time--Have a look. 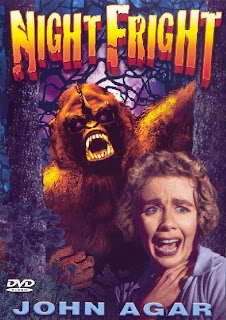 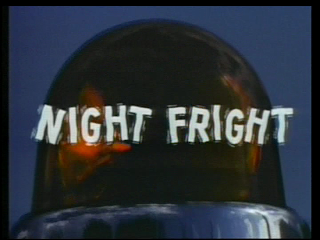