Showing posts from November, 2016
Show all

From disqus.com: LGGBTQQIAAPPK stands for: Lesbian, Gay, Genderqueer, Bisexual, Trans, Queer, Questioning, Intersex, Asexual(and Agender), Ally, Pansexual, Polysexual, and Kink Oh. Well, that clears that up. A number of years ago, I was introduced to the acronym “POSSLQ”. It was an attempt to describe your roomie when you were too old to call her your “girlfriend”, but you had as yet not made an honest woman of her. It was also an attempt to describe a non-marital relationship when employers started offering benefits to your roomie, provided you and your roomie had the habit of sharing bodily fluids—it stood for “Person of the Opposite Sex Sharing Living Quarters” and was pronounced POSSLQ (just like it's spelled). Took a little getting used to, but it paid homage to the concept of opposite sexes. It covered the question of a relationship where someone does your laundry for you at no cost. I know I most likely shouldn't ask, but what is the opposite of “
Post a Comment
Read more 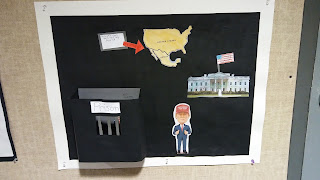 I was a public servant for most of my working life. Law Enforcement was my line. Still is, as it turns out, even though I'm “retired”. I suffered a couple of financial setbacks, not the least of which was that the County of Sonoma, California, made the retirees retirement medical benefit so expensive that I had to drop out (or quit paying rent. It was actually a choice , you see, at least that was their take). Oh, that's enough of that specific cry-baby shit, I think. Now, thanks to the geniuses who enacted the Affordable Care Act, I still can't afford to buy medical insurance, so we pay out-of-pocket for our medical needs, and then pay a fine to the IRS when we file our taxes because we can't afford to pay the freight for “affordable” care. So I work. In the industry that I know. In the private sector. I work for a couple of private companies here in the Pacific Northwest as a security officer. Mostly armed and uniformed, but sometimes not.
1 comment
Read more

The Cubs and the Indians 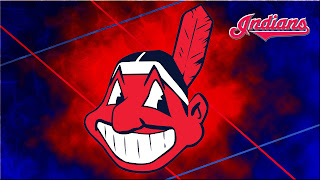 Baseball is important to me. No, you really don't need to know why, and I really don't want to get into that. Just know that it is. I'm a Giants guy and have been since 1958. That year was important to the Giants, thus, it's important to me. And no, you don't really need to know why that is either. However, I lived near Cleveland, Ohio for quite a few years. I became fond of the Indians ball club, and their fans and radio announcer. Cleveland is a really good baseball town with some unbelievably dedicated and faithful fans. They've earned a winner. Honest. Then there's this: I didn't make a lot of friends while I was in Ohio. It's hard to make friends in NorthEast Ohio. I only made a few. One was Ron Hewitt. Ron was an Indians fan the same way I'm a Giants fan. It was in his DNA. Over the years Ron and I talked a lot of baseball. Cancer took Ron too early. I chatted with him for the last time a few days before he died.
Post a Comment
Read more
More posts