Fresh in from PubDHub and my ROKU box is another film noir, Trapped (the 1949 version).  This one stars Lloyd Bridges as a counterfeiter/escapee and Barbara Payton as his moll.

There’s plenty of mood lighting and snappy dialog in this one, and, as most of these noir movies go, there’s a series of bad choices made, ending in the death of the main character.  That’s it for the story.  Fade to black..........

Mr. Bridges, the Senior, was still getting starring roles in 1949 because, well, he hadn’t been accused of being a Communist yet.  Sure, he was a WWII veteran of the Coast Guard and all, but we were on a Red Hunt back in the early 50s.  His career was resurrected in Sea Hunt, a 50s television series revolving around underwater SCUBA scenery and the occasional line spoken by Lloyd, and being cleared of Communist leanings by the FBI.  He continued to make friends and fans until the end, having starring (or supporting) roles in the Airplane!! movies, Joe Versus the Volcano, and Hot Shots.  Lloyd Bridges was born in San Leandro, California.  His family eventually moved to Sonoma County, California (where I’m from) and he graduated from Petaluma High School in 1931.  Gene Roddenberry originally offered the role of James T. Kirk to Lloyd, but he turned it down.  He was in everything.  Roots, Battlestar Galactica, Police Story.  Man oh Man, whatta career.  We miss you.

Barbara Payton co-stars as the blonde bombshell girlfriend.  Her life story is as tragic as the movie.  Born in Minnesota in 1927, her family moved to Odessa, Texas where she grew up in the company of her hard-drinking Norwegian  immigrant parents.  Barbara ran away from home and got herself married to her boyfriend at age 16.  That marriage was annulled, but within a short period of time, she married again....This time to a decorated WWII pilot, John Payton.  They moved to El Lay where the veteran went to USC on the GI Bill, and Barbara became, well, a starlet.  By 1949, she was divorced again and on contract with Universal as an actress.  Blessed with extreme good looks, some talent and a taste for the wild life, she managed to waste her potential in a series of scandals.  The final straw was a well publicized love triangle with Barbara sharing her time and attention with two actors--Franchot Tone and Tom Neal.  Tom had been an amateur boxer of some note and beat the aristocratic Franchot into a coma.  Franchot survived, but Barbara’s glory days were done--she had some roles in nonsense like The Bride of the Gorilla (1951) but that was about all.  Barbara became a street prostitute, drug addict, and gutter alcoholic.  She died in 1967 of heart and liver failure.  In her short 40 year life she was married 4 times and had reported affairs with at least  Howard Hughes, Bob Hope, Woody Strode, Guy Madison, George Raft, John Ireland, and Steve Cochran as well as Tom Neal.

Worth a look if only to see how good a starlet can look before she becomes the Bride of the Gorilla and a toothless street whore. 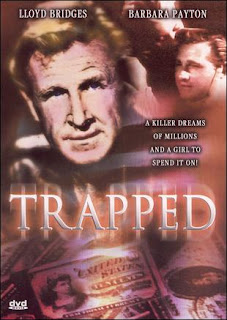 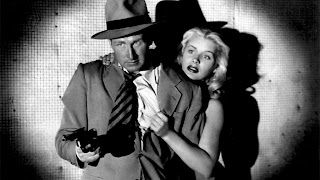