Here we are.  Dead of winter.  Snow on the ground.  Fire in the fireplace.  But, I still have power and cable.  This means I also have Netflix and my ROKU box, feeding a movie into the high definition wide screen Vizio.  And, as we now know, this means..........Movie Notes from the Rust Belt--Youngstown, Ohio.

Today’s feature is a made-for-TV movie from those halcyon days of 1987, The Man Who Fell To Earth.  The story is simple.  Alien, who looks remarkably human-like, and his alien pals, crash land on Earth.  Seems they were looking for a new home since their planet is dying.  Very sad.  Our alien’s three buddies die in the crash and he buries them before leaving the area, thus proving his humanity really early into the movie.  C’Mon....For Pete’s sake, this was 1987.  We still had hope.  Alien falls in love with an Earth girl and her evil teen-ager, develops the pre-cursor to the iPad (let us not forget this was the time of the home computer being an Atari 400), gets involved with the NSA and other baddies...Oh, the Humanity.  It all turns out OK, though, and there is, of course a happy ending.  This was, as I said, 1987, and this was, as I said, a TV movie.

OK--we got an absolutely dandy cast--Starting with the alien, played by Chattanooga native Lewis Smith.  Lewis has been a second-banana in any number of movies and TV programs, notable as Curly Bill Brocius in Kevin Costner’s Wyatt Earp and an uncredited part in the current Django Unchained.

Then there’s Philadelphia product Robert Picardo as the NSA agent--Robert’s been a very busy actor, producer, director.....You name it.  He had recurring roles in China Beach, some of the Stargate crap-fest on SyFy, Star Trek (Voyager and First Contact)...Man, this guy’s been all over the place, starting with Kojak and still working regularly.

Finally, as the alien’s love interest, we have the one and only Ellen Griswold from the Vacation movies, Beverly D’Angelo.  Bev’s from Columbus, Ohio, where her architect grandfather designed the Horseshoe Stadium at Ohio State.  She’s a first class singer and an actress who’s hard to beat anywhere, anytime.  Her twins were fathered by Al Pacino.

An absolutely wonderful way to kill a couple of hours.  Don’t miss it.  On Netflix.

Not to be confused with the “other” movie of the same name, starring David Bowie.  Even though it was based on the same 1963 novel of the same name by Walter Tevis.  I hope that clears that up. 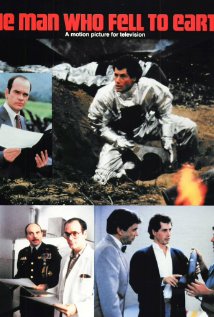 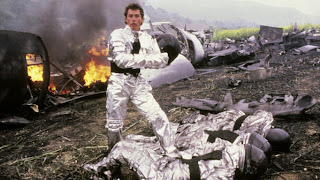