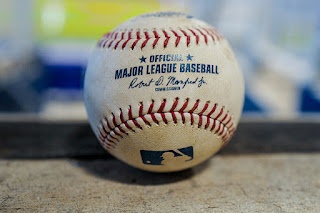 I don’t know about you, but I’ve just about had it with the MLBPA—That’s the “Player’s Association” of major league baseball players to the uninitiated. Think union. Yeah, the owners are all richer than God…..Billionaires, I think. At least most of them. And their investment keeps growing. Yep—they actually make money even if they have a losing team.

But it’s their team. They're the owners, after all.

And that’s a lot of scratch just to play a game.

But the player’s association wants a shit-load more. They can KMA. If I was an owner, here’s what I would do: I’d cancel the contracts of every player on the roster who refuses to play after a given date (like today, maybe). Let them sue. It’ll take years to resolve the lawsuits. Next, I’ll have open try-outs for the major league club. You make the first string, I’ll pay you $250,000.00 for the season. You make the team as a non-starter, I’ll pay you $100,000.00 for the season.

We’ll play baseball in major league parks. My players will be there mostly for the love of the game. Plus a really good income if you compare it to the average salary for a policeman. Or a UPS driver.

I read that Vermont Senator Bernie Sanders, a known Marxist who honeymooned in the Soviet Union, has come out in favor of the Player’s Association and against the owners. That alone is reason enough to favor the stand of the owners. I wonder if Bernie Sanders ever played the game, or has been to a major league park for a game in the past 15 years. What an ass-wax.