Today's feature, courtesy of Netflix streamed through my ROKU box into my wide screen high def TV is The Big Combo from 1955. Why did I watch The Big Combo you ask? Simple. I thought it might be about a really large order of fries with a double burger, or maybe a story about a four piece band that adds a saxophone player, making it, well, a really big combo. Nope, this is a film noir of the era. Not bad, either.

Plenty of story here, what with good guys and bad guys, blond women and brunettes, plenty of gun play and witty repartee.

Hungarian native Cornel Wilde plays the hero, Police Lt. Diamond. Cornel came to the United States with his family when he was 8 years old, and was a champion fencer, gaining a spot on the U.S. Olympic team in 1936, but turned it down to be in a play—He was also granted a scholarship into medical school, but turned it down too. Can you guess why? Yep, for acting.

New Jersey native Richard Conte plays the evil Mister Brown in this photoplay, and in the end he pays for his sins. Richard played soldiers in many WWII movies, including 1942s Guadalcanal Diary. He was one of the many actors considered for the lead role of Don Corleone in The Godfather. Jack Palance was originally cast as Mister Brown, but he couldn't seem to get along with the producers.

Chicago product Jean Wallace plays the blond beauty in the film—It just so happens that she was also the wife of Cornel Wilde. Go figure. Oh....Cornel was her third husband.

Navy veteran and Louisiana boy Earl Holliman plays Mingo, the bad guy who gives a dying declaration implicating the evil Mr. Brown in all sorts of malfeasance towards the end of the movie. Far as I'm concerned, his finest role was as the cook in 1956s Forbidden Planet.

There you have it—an hour and a half of perfect entertainment.....Have a look. 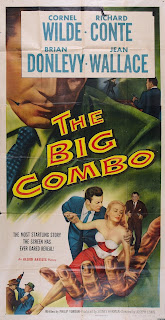 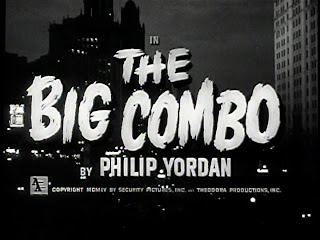