In my normal fashion, I was cruising through the Netflix catalog of movies, and found, to my delight, that 1984 hit, Tank. No, not Tank Girl (a story for another day), but Tank. Not Tanks For The Memories, but Tank.

Plenty of story here—Georgia cracker corrupt bully deputy sheriff shoves around war hero family man Army Master Sergeant. Cracker pays the price, mostly because the heroic MSG also happens to own a restored Sherman tank. Note to self—prior to shoving ANYONE around, make certain they don't own a tank. There are plot lines about saving a young prostitute, and about a dead son, and about the Army MSG's wife confronting the governor of Tennessee, and where a batch of Georgia bikers come to the MSG's rescue—See what I mean? Way too much story here.

Good guys win. Cracker (and his Uber cracker boss) end up in a mud pit. Turns out that the prostitute has a heart of gold.

We got, as the hero Master Sergeant, none other than Maverick hisself, James Garner. In 1988s Sunset, James Garner played Wyatt Earp. And did a really good job at it. He also was the one and only Rockford. The one that had the Files. He's been lots of guys, but every one was a classy winner. If you happen to be a Georgia cracker deputy sheriff bully, it's most likely a good idea to not pick on Wyatt Earp.

We got Shirley Jones playing the hero's wife. She's pretty heroic too. Now, Shirley was named after Shirley Temple, and started a singing career at age 6. There's lots to say about Shirley, but just let me leave it at this: She and I share a birthday. All of us born on that hallowed date are pretty magnificent.

From Red Dawn, The Outsiders, and so very much more, we got ex-child rodeo star C. Thomas Howell as Billy (the hero's son), then we got former El Lay Rams Cheerleader and Three's Company alumnus Jenilee Harrison as the hooker with the heart of gold. Jenilee holds the distinction of being the only cast member of Dallas to get killed off twice. Then we got El Lay native James Cromwell as the corrupt cracker deputy sheriff bully. Staying in character, he had previously been Archie Bunker's buddy Stretch Cunningham, and was later known as the corrupt murderous Captain Dudley Smith in L.A. Confidential. There were plenty of other fine performers in this dandy.

There you have it. Nearly two hours of 80s joy. Have a look. 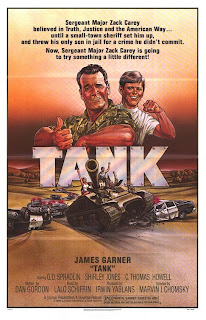 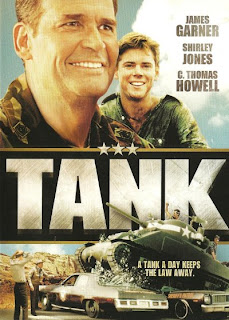