This guy is a real problem. Nobody knows if the “undecided's” hatred of him is sufficient to beget a Hillary presidency. And nothing, not even Trump, would be more disastrous for the republic.

I'm both a conservative and a Republican. These two don't always go hand-in-hand, but in my case, they do. I think that the Republican party generally causes less grief to the republic than the Democrats. All the while, I yearn for a real fiscal conservative who also believes in national defense and self-reliance.

Here's what my choices seem to be:
-Don't vote at all
-Write in a candidate
-Hold my nose and vote Trump

The “Don't Vote At All” and “Write in a Candidate” options look to be a default vote for Hillary, which might cause me to contemplate self-destruction. On the other hand, if I “Hold My Nose and Vote Trump”, it will necessarily turn me into a liar, because I will NEVER admit that I voted for the punk.

In the For Whatever It's Worth department, I voted Nixon and have always been proud that I did so. 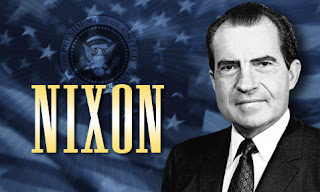