May 01, 2016
Every time there's some acrimony in these United States these days, every media wonk and politician in the country says that we must “Come Together”. This phraseology began bugging me about the same time that Barry Obama was elected. Coincidence, I'm sure. Time was, and not in the distant past, that when there were such disagreements, we might “Reach an Agreement”, or perhaps we would “Compromise”. The options were almost endless, varied, erudite, and descriptive. All of which has been replaced by “Come Together”.

Ever wonder why this change occurred? Thought you'd never ask.

“Come Together” is both the title and partial lyrics of a 1965-ish Beatles tune. Our country is being run by a bunch of dweebs who think that 1960-ish Beatles lyrics constitute a PHILOSOPHY. The solution is so obvious that I'm embarrassed to have to point it out. Replace, by any necessary means, the LINOs (Leaders In Name Only) with others who instead subscribe to Hugh Hefner's Playboy Philosophy (Google it if you must). It couldn't possibly be worse, and Hugh 's philosophy would at least prohibit my grand daughters from being required to register with the Selective Service System.

When, in the 1960s, the song so entitled came on the radio, we all knew that it really didn't mean “Compromise” or anything similar. Come Together…..Right Now…..Over Me. What, exactly, do YOU think they were talking about? 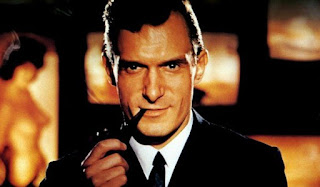