August 07, 2014
Things are quieting down a little since our move from Ohio to Vancouver.  I find I have a little bit of time on my hands, and today I wasted an hour and a half watching a real classic on the 32 inch wide screen high definition Sceptre, fed through the beloved ROKU device, with the assistance of the Xfinity wireless home network (which was functioning, as usual, flawlessly) and my paid Pub-D-Hub GOLD account--

If you do watch Pub-D-Hub on your own ROKU device, you really should go all the way and get the Gold account.  It’s cheap, it’s delightful, it’s got groovy features (like searching) that you don’t get in the free version, and there are no ads.  Oh, go ahead....Go For The Gold.  You won’t regret it.  Find out all about at pubdhub.info.

Today, I caught up with that all-time classic of cinematography, The Wild Women of Wongo.  There’s really not much plot to get in the way of, um, whatever this is.  Filmed entirely in Florida, the Wongo Women all look pretty tame.  Except for the raven-haired Priestess, who looks pretty doggone severe, you ask me.....Black hair, Aztec features, sitting in her Stone Throne, no more than a stone’s throw from the Wild Women.  Scary stuff.

Turns out, there are Wild Women, and a tribe of Wongo men (perhaps not quite so wild) on the island.  There’s also a second tribe of men (and women) who aren't quite so good looking, and a couple of Ape Men.  You can tell that they’re Ape Men because they use clubs rather than spears.  The Ape Men get eaten by Alligators before they can steal a Wild Woman.

The most coherent lines are delivered by a talking parrot.

Nearly every person affiliated with the picture was never seen or heard of again in the movie biz.  And with good reason.  The notable exception is one of the Wild Women played by Bronx native Joyce Nizzari.  Joyce’s filmography starts with Wild Women in 1958 and runs through to Hawaii Five-0 in 1978.  She was in lots of TV and movie stuff and I’m sure she did a fine job all the way through.  She was on the cover of the July 1958 issue of Playboy magazine, worked as a Playboy Bunny in the Playboy Club in Chicago, was the Playmate of the Month in December, 1958, and still works for Hef in the offices of Playboy Mansion West.  All things considered, though, 1958 was a banner year for Joyce.

I've included a picture from the aforementioned December, 1958 Playboy magazine.  Joyce was a hottie, indeed, and probably still is, but while this was pretty racy stuff in 1958, it would barely get a PG rating today.  Nevertheless, Joyce has a truly great bum and legs (frankly, my Bride’s bum is equally grand--as are her legs--but you don’t get the see her--sorry).

OK, then.  There’s plenty of reason to watch this little gem from the late 50s.  Mostly for the talking bird and the Ape Guys getting eaten by the alligators, but there’s some Wild Women scenes not to be missed too--

Have a look soon--On Pub-D-Hub.  It would be Wrongo to miss Wongo. 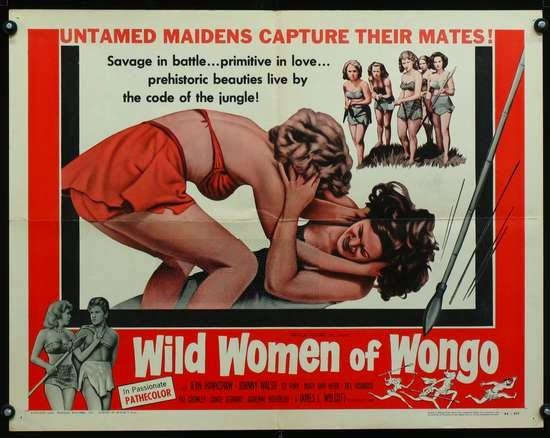 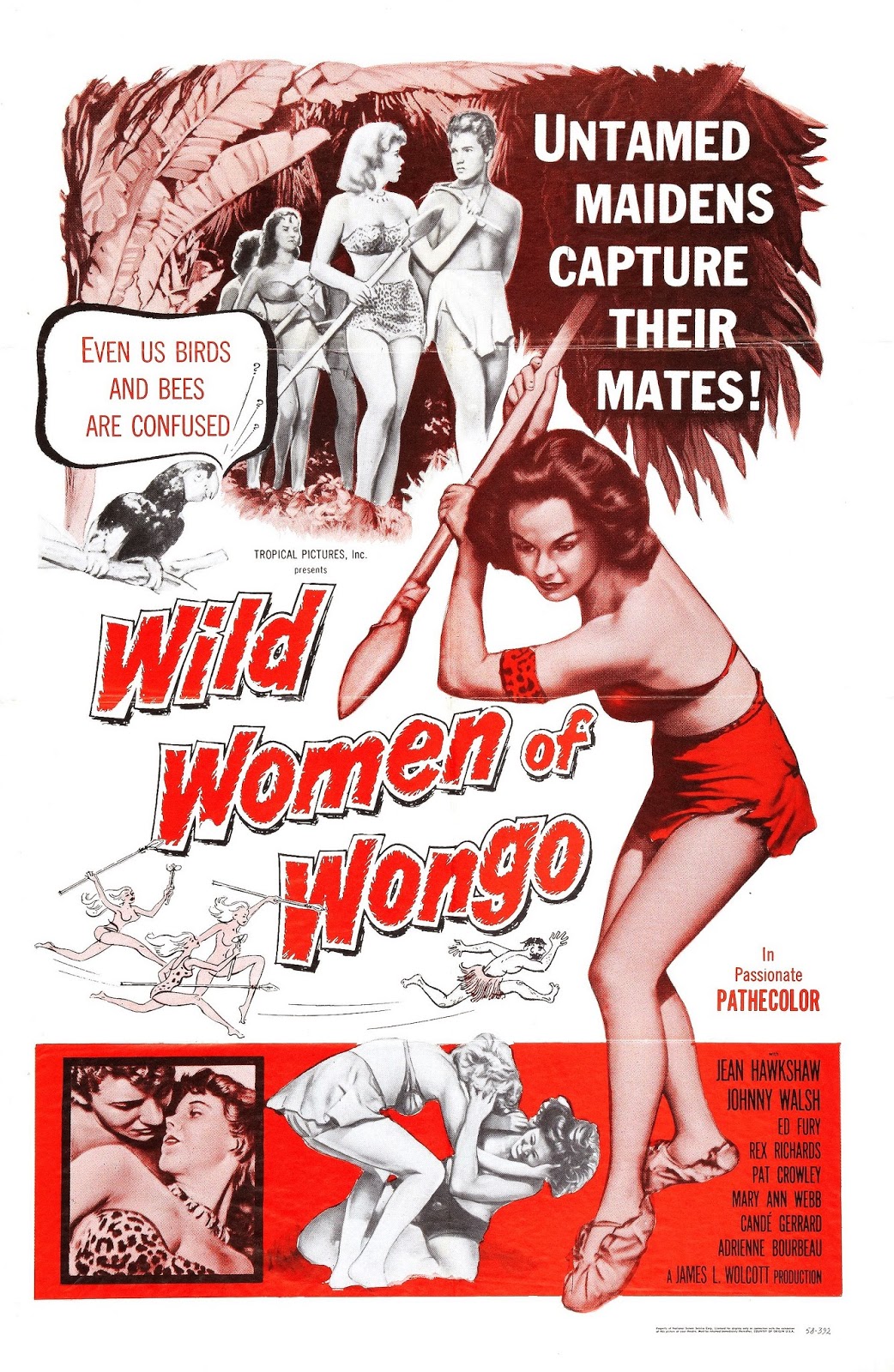