Television Notes from the Rust Belt

I recently finished watching the entire 17 episode run of Life on Mars (the United States version) from 2008/2009 via Netflix fed to my high definition wide screen television through my beloved ROKU box.

The set-up is pretty straight forward. Modern day NYPD detective gets hit by a car and wakes up in 1973. As a NYPD detective. Is he a time traveler? In a coma? Kidnapped by space aliens? Insane? No one knows. Doesn't really matter. This is so well written, filmed, and acted that it works as a time travel story, a police procedural, a drama/comedy.......whatever. This is television done right. They nailed the early 70s pretty well with cars, wardrobe, and everything else. The old rock and roll music that infuses the story lines is well picked and placed.

The soundtrack alone is worth the price of admission.

Of course it only lasted 17 episodes. A real shame. Perhaps not to the level of a CRYING shame, but a shame nonetheless.

I read a handful of critical reviews of this wonderful program—the main thrust of those was that it was either too gritty or not gritty enough, or it was too 70s in many areas but didn't have quite enough cigarettes (something I also noticed, but it didn't bother me)....you know—carping. OK, not enough people liked it to keep it going, but I loved the thing. Absolutely loved it. Then again, I'm not a critic, I'm a TV and movie fan.

This series is a re-make of a British TV series of the same name, and even though I know how this all works out I might give the Brits a shot. Maybe not.

OK, we got Dublin Ireland native Jason O'Mara as the time traveling Detective Sam Tyler, the glue that holds everything together in this series—or, maybe he's the wiggly stuff that makes it all come apart. Hard to tell. He's appeared in a bunch of TV programs as a regular and was a cast member in Band of Brothers.

We got Michael Imperioli as the consummate 70s Detective Ray Carling....that racist, sexist homophobe. Oh, how we love this guy—He played the guy in Goodfellas who gets shot in the foot by Joe Pesci. He was also a character on The Sopranos, and claims to be non-violent by nature.....sure, Mike.

We got Connecticut native Gretchen Mol as Officer Annie (No Nuts) Norris. Gretchen is a hottie, and hails from the same neck of the woods that produced Katherine Hepburn. She had her heart set on a modeling career but it turns out that models just MUST be taller than 5-6. She's a steadily employed actress, married with two children.

We also got Harvey Keitel as the best in 70s era police Lieutenants. Harvey plays Harvey. And he does it well.

This series was a dandy. They managed to wrap it up neatly, and I was completely satisfied with it, start to finish. Give it a look. Start to finish. On Netflix. 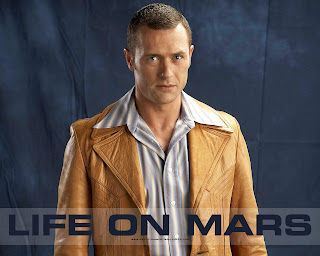 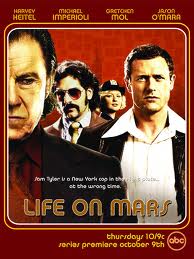 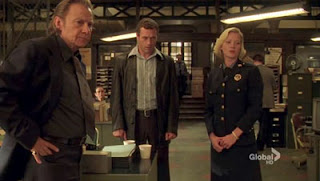