April 27, 2016
I was an MP in the U.S. Army, and later a law enforcement officer for both the city of Santa Rosa, California, and the county of Sonoma, California. I retired from public service after over 30 years in the business.

Turned out that I still needed to work, so I'm a security officer in private industry. I have a private investigator's license and have done some of that work, but I discovered, much to my dismay, that while I am really quite competent at the work, I'm a crappy businessman.

I told you that so I could tell you this: Working in private security is either pretty nice or truly awful, depending almost entirely on whether the outfit you work for is headed up by a former law enforcement officer……….or not. I now work as a security officer for two really good private companies and a really nice community college.

It wasn't always that way. I worked, ever so briefly, for two really miserable companies. One of them had rank amateurs as dispatchers, and they made up their own phonetic alphabet as they went along. “G" as in “goat” was one of my personal favorites ('cause it got my goat). Here, then, is everything you need to know about phonetic alphabets. It's not a bad idea to know this stuff, even if you're not a cop. 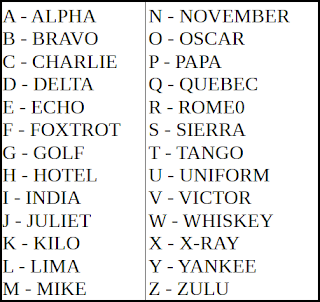 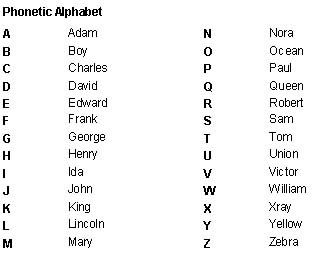 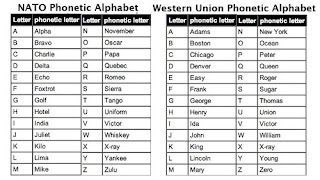