The Six Wives of Henry LeFay/Crazy on the Outside

Via my beloved ROKU box streaming Netflix through my home wireless network into the 46 inch HD wide screen Vizio, my Bride and I recently took in a Tim Allen double bill of our own design.  The Six Wives of Henry LeFay and Crazy on the Outside.

There’s never too much plot to get in Tim Allen’s way in his movies (or TV appearances, for that matter)--it’s pretty much always Tim playing Tim, and I approve.

Six Wives has, as a story, the Tim Allen character being killed in a Mexico para-sailing accident, then having his many ex-wives, a current wife, a future wife, and his daughter deciding what to do about a funeral.  They are all still in love with him.  Much is told via flash-back.  Hilarity and sweetness ensues.  A dandy story featuring Tim Allen, South Carolina native Andie MacDowell, Barbara Barrie (Barney Miller’s wife), and the wonderful Larry Miller (from A Mighty Wind, among other stuff).  Worry not, there’s a happy ending.

The story of Crazy on the Outside consists of the Tim Allen character being released from prison (for copyright infringement) and his interactions with the craziness, well, on the outside.  Crazy on the Outside features Sigourney Weaver as the parolee’s somewhat wacky sister, Ray Liotta as his former crime partner, pacemaker-implanted Baltimore native Julie Bowen as his very hot ex-girlfriend, and Kelsey Grammer as the ex-girlfriends current feller.  Interesting stuff in Kelsey’s life--His father was murdered in the Virgin islands.....His sister was murdered outside a Red Lobster in Colorado Springs.....Two step-brothers (from his father’s second marriage) were killed in a shark/scuba situation.  Bummer, Kelsey.  This movie is also a dandy story with a happy ending.

These movies are both well worth the time spent, regardless of what you may have otherwise read or heard.  Then again, I’m not a critic, I’m a fan.  Have a look. 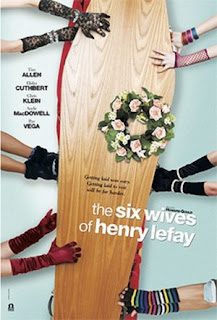 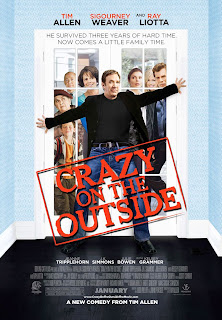