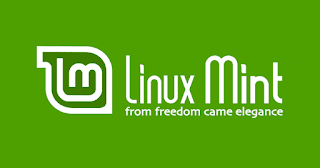 This might be old news to some, but it was a revelation to me. I’ve monkeyed around with Linux distributions in the past—Mostly Ubuntu—but haven’t in the past 4 or 5 years. The house has been all Windows 10 all the time.

The problem was that Ubuntu, which I became really familiar and comfortable with in days gone by, had managed to morph into something more mainstream and “ready for prime time”, which necessarily meant that it became a bit more bloated. I had initially gone to Linux in the distant past to resurrect some older under-powered machines and try to breathe some more life into them. I’m probably not really very unique in that respect.

Since the desktop computers were all completely capable of it, everything went to Windows 10. A grand operating scheme, by the way. I have no complaints about Windows 10 other than it’s power and resource mandates. It’s a hog. Like Ubuntu had become.

I have a box of old tech. I’ll bet you do too. Stuff that sits around waiting for me to die so someone else will have to deal with these boxes of stuff. In that box was the recent addition of an old HP laptop—15 inch high def screen, but it was maxed out at 4 GB of RAM and an anemic 1 GHZ processor. I kept applying the mandatory Windows 10 updates as they were released for a long time…..Until the computer was no longer capable of processing the necessary update. That was fairly recently. The laptop had been pretty much unusable anyhow. If it was on long enough for the screen-saver to activate, that was enough to lock up the machine. So, I went on the hunt for a newer laptop.

As a side note, I had always packed around that laptop when I visited family in Southern California or was otherwise on the road and away from my desktop computer. I still needed a machine that was capable of handling web stuff, e-mail, banking, and other low-impact but necessary uses while I was on the road.

As a second side note, no, I have never considered Apple as a viable alternative. Ever. Too expensive, too hip, too self-congratulatory, etcetras. Not part of the I-Phone universe either, Buck-O.

I only use a laptop once in a while these days, and didn’t want to spend the scratch necessary to buy a new machine that would handle the current state of Windows 10. My decision was to scrub the hard disk on the old under-powered HP and install Ubuntu, which I thought might be OK for the computer. It only took me a few minutes to discover, much to my horror, that the HP didn’t have enough juice to use the current Ubuntu distro.

Enter Linux Mint. Easy to down-load and put onto a burnable DVD, easy to set up, easy and familiar to use, low resource mandates.

The End. I’m a fan. The Mint desktop mimics Windows and/or Ubuntu, updates are easy. And the old anemic HP purrs along easily. And, like most things Linux, it’s free to download and use.