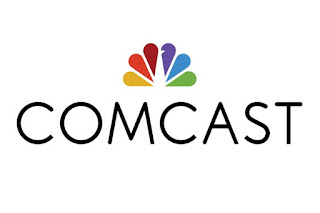 Metered service is always a bad deal for the end user. It’s always a bad deal for consumers to have a meter and get charged based on use. When I lived in Bakersfield, California, we had the option of a flat rate for water. Which I opted for. It meant that if I needed to flush the crapper, I didn’t have to worry about my water bill while I was straining.

Plus, of course, metered service always annoys the end user.

AOL learned the hard way that metered service has a limited life span, and customers will flee as soon as a viable alternative is available. AT&T’s long distance service was the same. Cell phone service was recently prohibitively expensive, but is now ubiquitous and cheap.  When customers feel squeezed by a monopoly, it creates hard feelings.

And here’s the current incarnation of this repetitive little drama:

Television viewers are leaving traditional (cable) service in favor of streaming services. HULU, Sling, Netflix, Amazon Prime--I’m in that group using streaming services via home wi-fi and "cutting the cable". In response, the cable company, in my case, Comcast, has a usage "cap" every month of 1 TB. They don’t cut you off when you hit the limit, but they start charging outrageous rates in 50 GB blocks.

I have no grief with the service. The people on the phone and the technicians are all knowledgeable and friendly. But still, I’m getting squeezed. I run perilously close to my limit almost every month, and occasionally exceed that limit. Comcast doesn’t allow for any carry over—In other words, I can’t carry over any unused data from one month to the next, which would completely alleviate the situation in my house.

Here’s what Comcast knows—The end of this revenue stream is near. 5G will make the cable companies behave in a different manner. The cable companies don’t seem to care that they’re building up a really healthy bank of ill will on the part of the end users.

When 5G with modems becomes available, I’ll be done with Comcast.  Seems like they would start trying to make some friends in their customer base, no?