How I Ended Up With PlayStation Vue

April 01, 2017
Yeah, OK, I know what I said, but, well, my first choice was really PlayStation Vue anyhow, not really Sling TV. I discovered that the channel line-up on Sling didn't really fire my rockets all that much. All that business you read about the Sling interface being bad was bullshit from the jump, but the channel line-up just wasn't my cup-o-tea. If you actually LIKE FoxSports juunque, it would be a great thing. On the plus side, getting out of Sling TV during the free trial was easy and direct. After I left Sling TV, they even sent me an offer for a free ROKU (with two months pre-paid on my part) if I would just not leave. Bless their little hearts.

I kept after the Sony Entertainment web-site trying to get my password thing straightened out, and hot-damn it finally worked. Of course, I'm also waiting for Google to get into the mix. Google. They run the world. Who could have anticipated a world where a search engine was bigger than IBM? Or, for that matter, where Amazon (a used book broker) would cause JC Penney and Sears to start shutting stores? Not that I mind, I guess. I don't own any stock in any of these things, and new replaces old all the time. Automobile manufacturing forced buggy whip factories out of business and all that.

Cnet has a pretty good run-down of Google/YouTube TV at https://www.cnet.com/products/youtube-tv/preview/ The main down-side that I see for Google/YouTube is that it costs 35 American a month, which isn't all that much better than the cable company. On the other hand, all of these streaming services make it easy to disconnect, and streaming isn't limited to your living room. HULU is also getting into the mix, having announced that they intend to compete before the end of the year.

WOO-HOO!!!!! I love choices. Being an old-timer, Internet-wise, I might hold out for Netscape TV. Or maybe Yahoo TV. Check THIS out https://www.cnet.com/news/netscape-tv-on-the-horizon/

See you soon—I'm headed to the 48” Wide Screen HDTV to check out PlayStation VUE. 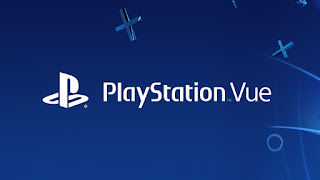