Dimension 404--Made by HULU

Figure it as all the good stuff from The X-Files, The Twilight Zone, The Net, and a host of other similar ideas that you'll immediately recognize. Mark Hamill does the verbal intro. Good stuff.

Then I watched the current episode which was titled simply “Bob”. Another dandy story, this time about a deployed Army Captain (Psychologist-type), who is separated from wife and daughter during the holiday season and seems to be a work-aholic. A good starting place by any measure.

But I just have to wonder how large a percentage of deployed Army Medical Corps Captains are Asian lesbians involved in a bi-racial non-white relationship while raising an ethnically ambiguous 10 year old daughter. Yes, they share a passionate kiss, but it's really hard to tell if there's any tongue involved. 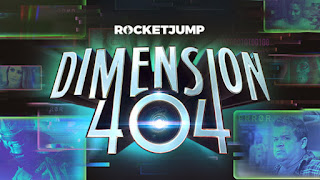