September 15, 2016
Having time on my hands and a working Android TV box connected to my home wifi, I caught up with Joe Versus The Volcano, a true classic from 1990. And I'm glad that I did.

Here we have a dandy story. And by dandy, I mean spectacular. It starts out by the iteration of “Once Upon A Time”, and concludes with “And They Lived Happily Ever After”.

Did I ever mention that when I lived in Southern California, I maintained a season pass to Disneyland and would sometimes go there just to have breakfast sitting by the Rivers of America? No? Well, I did. Spent a lot of time in Fantasyland too. You know…..Courageous Princes and beautiful Princesses and castles and evil beings and such. Yes, I'm a grown man, but I'm a top drawer sucker for a fairy tale, a romantic comedy, and a happy ending.

I like Tom Hanks' vehicles. Pretty much all of them—from Bosom Buddies all the way through. I like his kid Colin's work too (for whatever that might be worth). But when I think about all the Tom Hanks stuff out there, I always get back to Joe Versus The Volcano as his very best ever. Didn't hurt that Meg Ryan was the co-star. Didn't hurt a bit. That's also all the reasons why I like You've Got Mail, but that's a story for another day.

This story is simple, like all good stories are. Good guy gets suckered into doing something stupid, and the love of a good woman saves him. Fade to “And Then They Lived Happily Ever…….The End”.

As Joe (the sucker), we got the aforementioned Tom Hanks. He gets the second best line in the movie. When he thinks he's near death, he looks at the biggest full moon ever, and says to the heavens “Thank you, God, for my life”. Nothing further needs to be said.

As the good woman, you get Meg Ryan, who plays three roles. Three. Her third role is the good woman, and she get's the best line of the movie, to wit: “It's always going to be something with you, isn't it”. And she says it whilst flashing that 1990 Meg Ryan smile.

For one of the bad guys, you get Petaluma, California high school graduate, WWII Coast Guard veteran (honorary Commodore), and frog man extraordinaire, Lloyd Bridges. Lloyd was investigated as a Commie by Senator Joe McCarthy's HUAC and got black-balled by Hollywood for a period of time until the FBI cleared him. Lloyd was a “One World Government” guy, but I forgive him. You had a good life and you've got great kids. Way to live, Lloyd.

A second bad guy was Untouchable Eliot Ness hisself, Robert Stack. Another WWII veteran here, Bob was a U.S. Navy gunner. When he was born, his parents named him Robert Langford Modini Stack. I think we're all happy that he shortened it up a little. Everybody knows that if you have more than three names, you're most likely obligated to be an odd-ball artist from San Francisco if you know what I mean and I think you do. And you were anything but. Life well lived Bob.

Everybody else involved was top-flight. A grand experience.


If you've got an Android TV box, fire that sucker up and take a look. 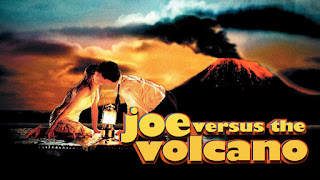 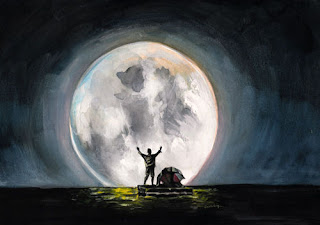