July 25, 2016
I watch movies on my television—the TV itself is a 48 inch wide screen HD with a built-in ROKU. How could it get better you ask? Easy. Cable internet and solid streaming, that's how!! I use the stuff that I got from the ever-pleasant guy from Comcast (Or Xfinity, if you prefer)--their router too. I know, I know…..It's not nearly geeky enough and I pay a monthly rental fee. Yeah, I know. I've had my own gear in the past and set it up myself and all that, but this way if something untoward happens, I just call the cable guy, he comes to the house and fixes it, then he drives away. At no charge. I also know that it all sounds a little “sexist”, what with my calling him a cable GUY and all, but the sad fact is, I've never in my life had a cable BABE show up. Ever.

Last evening, I was perusing the offerings on Netflix and found that mid-1980's smash hit, The Wraith. Found it, watched it, enjoyed the experience, and so it begins—

Television Notes from the land of Perpetual Rainfall—Castle Rock, Washington

Here's the deal with The Wraith….But, first things first, I s'pose. A wraith is a visible spirit. A ghost you can see. No wonder Charlie Sheen played the title role. I always forgive Charlie all of his behavior and rantings and arrests and, well, everything because I just KNOW that he'd be a hoot to invite over for a cook-out, you know? Anyhow, here's the thing with The Wraith—If you liked High Plains Drifter, you'll like The Wraith. It's the same story both times—I understand that The Crow was also similar, but I haven't seen The Crow--

Not much story to get in the way of the plot here. Good Guy gets killed by bad gang of hooligans, returns the avenge himself, then leaves—No, I didn't give anything away there. If you can't figure out the story in the first 10 minutes, you just haven't been paying attention. Between the beginning and the end, we got lots of car chases and motorcycle chases and fist fighting and switch-blade knife stuff. Explosions galore. And, as a really nice added bonus, this is, like I said, a mid-80s endeavor, so we got lots of scantily clad girls (one or two nipple viewings as a no-cost extra), really cool 80's clothing, a 1985 Honda XL-350r, big hair, white cowboy boots, and big sunglasses. While I have mentioned Charlie Sheen already, the real star of this flick is the car that the Wraith drives—a 1984 Dodge MS4 Turbo Interceptor concept car. This thing actually produced 440 horsepower out of a 2.2 liter in line 4 with twin turbochargers (or so I have read). There can be only one—and there was only one until this movie was made—four copies of this thing were made for the movie and one of the copies was recently offered for sale on Craigslist Albuquerque for 150,000 bucks American.

As the Good Guy, we got the aforementioned Charlie Sheen. No introduction is required. You either love this guy or you don't, and I do.

As the main bad guy, we got that Greek New York born speed-reader, Nick Cassavetes. Nick's been around for a bit, appearing in classics such as 1988s Assault of the Killer Bimbos and 1997s Farticus. He was also featured in Blow and Face Off, so not every one of his offerings is junk.

As Charlie Sheen's love interest, we got none other than the Belle of Detroit, Sherilyn Fenn. Whatta Babe. She's been a babe in EVERYTHING she was in, including the armless, legless Helena in Boxing Helena. She was Audrey Horne on Twin Peaks, and if you haven't heard, Twin Peaks is re-inventing itself for next year as…….Twin Peaks, and Sherilyn Fenn is reprising her role for the new and improved Twin Peaks. 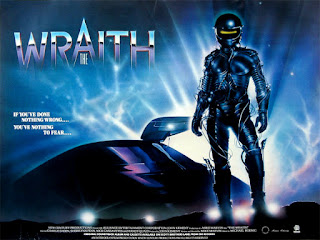 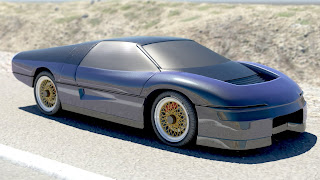