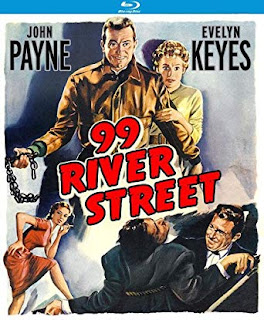 Yeah…..It’s freezing rain outside and I couldn’t find anything worth watching on the major networks. I’m not interested in the NFL (too much Nike, too much Kaepernick debris, not enough Star Spangled Banner, if you know what I mean and I think you do).…..I tried watching some bowling, but there were fans with thundersticks, for Christsake.

I went to one of my old standbys—Public Domain movies and TV on Pub-D-Hub.info. Their app lives on my ROKU box, and that makes it nice, plus, I sprung for the $2.50 annual fee for the “Gold” edition. Worth every cent. The only thing that could go wrong is a power outage in this rainstorm—WHICH DIDN’T HAPPEN!!!

A fine noir if ever there was one, and as an extra added bonus, we got 2 white guys with no tattoos fighting for the heavyweight championship and all the guns were revolvers. It had to be the 50’s, and it had to be America.

My kinda movie. Catch it while you can on Pub-D-Hub.