Put Up Yer Dukes, Ya' Wussie 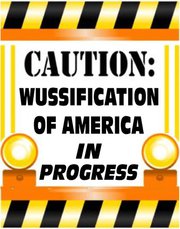 Do you, like me, wonder what happened to manhood in America?

I recently read an article re-printed by Blue Lives Matter that ran down a Portland, Oregon Home Depot employee. He heard a woman screaming for help in the parking lot—she was trying to get help for what she called out as a kidnapping. Our Home Depot Employee called 911 and followed the dispatchers instructions—Follow the kidnapper and continue to report facts until the police arrived. That's what he did, leaving the Home Depot property for about 10 minutes. For his efforts, Home Depot fired him. They have since offered him his job back (which he declined) due to bad press.

Just a recent example of the wussification of the American Male.

Same thing in baseball. No more home plate collisions Too dangerous. No more “take-out” slides at second. Somebody might be get hurt.

It goes on and on. School-boys in the second and third grade punished for drawing pictures of handguns.

Here's where I'm pretty certain it started. And this is where I place the blame:

It all happened at the same time that we quit smoking in bars and restaurants…..

Baseball players quit chewing tobacco…..Liquor ads on TV were replaced by catheter ads…..All of a sudden we needed a special license to ride a motorcycle…..No more military conscription.....

I'm pretty sure that we were better off when Old Gold and Phillip-Morris cigarettes were sponsoring black-and-white sit-coms and westerns.

But the real culprit for the wussification is, and shall remain, the concept that smoking a cigarette after eating a meal in a restaurant should be against the law.

For some really cool old cigarette ads, head on over to http://www.chickenhead.com/truth/