Is The News Media Relevant? Well, is it?

December 27, 2016
I may have mentioned that I'm a cable-cutter. I don't have cable TV, although I maintain a relationship with the cable company (in my case, Comcast, but it has been others in the past—Time Warner, f'rinstance) for high-speed Internet. It's my way, it seems. As a result of this cable-cutting, I don't watch much “normal” TV. I watch lots and lots of stuff via media streamers on the televisions, but not what would be called regular cable or commercial TV.

I worked a twelve hour shift at the IHL yesterday. It's the Christmas Holiday, so the campus was closed, and essentially abandoned, and the weather was truly frightful. And, there's a cable-equipped TV in the security office. How the IHL can afford this crap when I can't at home is…….Oh, they have a seemingly unlimited budged fueled by the God-Fearing taxpayers of Washington state, or so it would seem.

So I watched some Fox News last night during my lunch break. It was a Megyn Kelly special entitled “Trump Versus The Media”, I think. I'm a conservative Republican, and I voted for The Donald, but I had heard about the brew-ha-ha between Ms. Megan and Donald during the campaign because I read. They would seem to have issues. Donald doesn't seem to like or trust any of the news organizations, and I think that's a smart thing on his part. They mostly don't seem to like or trust him, and even the conservative leaning Fox News batters him frequently. The Donald, however, gives as good as he gets.

It'll be fun to watch how this all plays out. It really will. What with the President of these United States treating the press media like he was treated during the campaign…..HAH!!

I think most of this started when news organizations ceased having “reporters” and started having “journalists”. Pretty sure that reporters would be reporting, while journalists insist on sculpting public opinion. And they approach that sculpting with a religious zeal.

On to “Trump Versus the Media”. This stinker was an hour long program with a journalist interviewing and talking with other journalists about how to stay relevant given the new paradigm. What a spectacular waste of my limited time. I coulda been watching the Smurfs, for Christsake.

It was equal in most ways to watching a Hollywood movie that's about creating a TV show. Or watching the Golden Globes. All of these things seem mostly like a group of people who collectively belong to an irrelevant splinter group of the citizenry sitting in a circle suckin' each other's dicks.

No wonder I don't have cable. 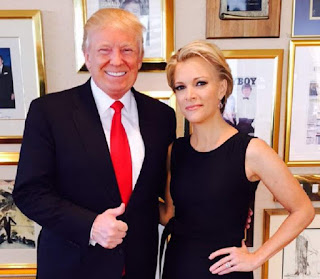 Taking a Break from Facebook.....Again

August 25, 2021
Had to take another break from Facebook. I have friends. In this modern world, where everybody I ever knew has moved to the four corners of the Earth, I try to keep in touch via the Internet. Unfortunately, as it turns out, that means Facebook. My friends who happen to be on the political left. Ugh. My friends who happen to be on the political right. Ugh. My friends who happen to be solid Christians. Ugh. A constant stream of their idiosyncrasies. Constant. Unending. What became of pictures of the grand kids? The garden? I’m not stupid, uneducated, or evil because I got the vaccine. Or because I didn’t. Or because I wear a face mask. Of because I don’t. I’m a realist. If I want to go into a store that requires a face covering, I’ll wear one. I got the vaccine so that I could go places that require it. Fact is, I’m pretty certain that I’m not going to die in three years because I got a Covid shot, like at least one of my right-wing friends claims.
Read more