On Legalization of Marijuana for Recreational Use

October 23, 2014
As a retired law enforcement guy (32 plus years) one might be forgiven for believing that I am automatically against the legalization of marijuana. I forgive you.

I’ve advocated for the legalization of weed for a really long time. Back when my peers thought I was nuts--OK, many of them still do, but no longer for this specific reason.

My only beef is that the advertisements during the election season that push for legalization laws always include an interesting array of fictions. They perpetually claim that a repeal of criminality associated with marijuana will somehow free up the police to catch more child molesters and rapists (thereby making a vote to legalize marijuana a women's issue). Frankly, I'd like to see some stats from Washington and Colorado to see if that's actually the case. Or that nasty little lie that the extra taxes that will be generated (to replace the sin tax on tobacco, I guess) will help fund schools (another women's issue), and pay teacher's salaries (a union issue).

No—really. You don't need to pander to the women and the unions—they're going to vote for it anyhow.

OK, that's not my only problem. I would like for the proposals to include some other stuff. F'rinstance, repealing medical marijuana laws as a part of the legalization of marijuana for recreational use proposals. Now THAT would be refreshing. Let's disassociate ourselves as a society from the compounded fiction that marijuana is a medicine. We all know that was bullshit from the jump, OK? If we keep that little nonsense on the books, it will simply be a tax dodge for those with prescriptions.

In the legislative proposals, let's include some language funneling some of this massive tax influx into a fund to treat the lung and other health problems that will be associated with the use of marijuana. We all know it's going to happen. Treatment for emphysema (and other medical ailments) because of marijuana use could be funded by having the marijuana users themselves pay for it in advance. If we could have seen the future of tobacco litigation, we could have created a similar fund with tobacco taxes. Let's learn from the past, OK?

Can we at least agree on this?

Here's the real reason to vote for the repeal of criminal penalties associated with marijuana use: 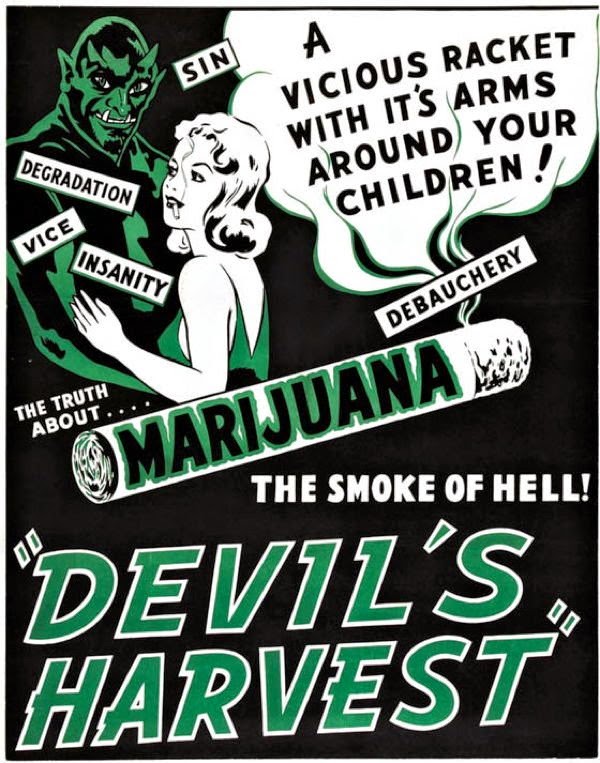